Can you believe we just hit our 1 millionth download? To celebrate this event we’re announcing a new show on our network (drumroll, please!). Thanks to everyone for helping us grow! We love our listeners!

D.J. Paris 0:12
Hello, everyone, and welcome to keeping it real. The largest podcast made for real estate agents buy real estate agents. My name is DJ Parris, I’m your guide and host. Today is a quick and special episode, we do not have any guests, or any major topics of discussion around how to build your real estate business, or how to learn from top agents who have already built their business. So what are we doing today? Well, we just wanted to spend a few minutes and give you an update on some things that are going on here at the show that I think are very exciting. But I know if I were a listener, which I’m sort of not because I’m the host, but our listeners I suspect would like to know about. So this will be a very quick episode, I appreciate you sticking with us through it, because I think it’s some exciting and cool stuff. But I sorry, at first that you downloaded this episode thinking you were going to hear from a top producer, and this one you’re not, you’re just going to hear from me. I am definitely not a top producer. I’m not a producer at all. But I am wanted first on behalf of everyone here at our show to say thank you. We do this a lot. We say a lot of things. But we really, really mean it. And the whole reason we do this show is because we have listeners, right? And we started the show, we actually had to go back and look it up. Because people asked me how how old is the show. And I’m like, I don’t know, five years, something like that? Well, it turns out, it’s four years and nine months old as of today, which we’re nearing the latter part of February of 2022. So it’s almost five years old. And we I never thought that I would continue with it for as long as I have, because I just didn’t think anyone would be that interested, quite frankly, I’m so grateful that the audience has continued to grow. And in fact, in the last six months, we also just looked up some of these statistics, our audience size has grown by almost two times. And we’re just and we don’t spend money on advertising. So this is strictly because of you guys. So I have to say thank you, because you’re the exact reason why we have got to almost 350 episodes in that amount of time. So thank you for continuing to tell other agents about the show. And that’s the only thing that we really ever asked of our audience is to tell other agents about us. We also want to say thank you, of course to all of our advertisers and sponsors, who support our show and help keep the lights on. Without you, we wouldn’t be able to keep doing this. And we have added additional members to our team based on some of the revenue that we receive from our sponsors. So please, everyone listening support our sponsors, they support us, you support us. They’re great sponsors. We handpick them, we’re so so honored to have sponsors on the show, because it allows us to do more shows. So thank you to all of the sponsors. So thanks. Also to our staff, I really have to single out zonna, who is our producer and our casting director, she’s behind the scenes, you probably don’t know her, unless you’ve been a guest on our show, or that you’ve maybe reached out to our show, she answers all viewer mail or email or different social media communication, she coordinates all of the interviews, she does the pre interviews, once the episode is over, she then post produces the episode, she creates a video version and audio version. And just really honestly does about 90% of all of the work that is needed to put out the show. And she gets very little fanfare credit. So on behalf of all the listeners, we want to thank Donna, she’s amazing. And she’s really helped keep me on track and taken our podcast to the next level. But the real reason that I there’s actually two reasons that I’m doing this episode and it’s, well, we’re always want to say thank you. But these are a couple of very special things that we wanted to talk about. The first is and this is more of a self serving thing of patting ourselves on our backs. But we thought it would be kind of cool to let the audience in, we recently crossed over a million downloads. And for a show that does very little marketing, very basically no marketing. This is why I’m so grateful to our audience to everyone listening because you’re the reason that we got to a million downloads. I could have I could create an episode every day. But if nobody listened, we would never be aware we are now so we are so excited to cross over million downloads. And just to give you another statistic that we thought was really cool. So, again,

we’ve actually crossed over a million downloads before in the past. We’re not exactly sure when because the statistics of podcasts are really goofy. It’s really hard to track but we know for sure that we have eight official over a million downloads. We think we’re actually a lot higher than that. But either way it’s a major accomplishment for For us, and, and it doesn’t really mean anything, we’re going to keep doing the show, even if we never got to a million downloads. But it is kind of a cool little number that we’re very proud of. So thank you, again for continuing to get us to that number. And hopefully, we’ll be at 2 million and who knows how long that’ll take, but we’ll keep making episodes. Also, we had the other statistic I thought was pretty interesting was that we’ve had over 115,000 people download a at least one episode, whether they listened, you know, on a mobile device, or via our website, or, you know, maybe they saw it on YouTube or wherever, over over 115,000. And I’m assuming most of those people are realtors. So if we assume that most of them are realtors, you know that that’s, you know, I don’t know, maybe 7% of all realtors have checked out our show. I don’t know if that’s exactly true, but it’s probably true enough. And we’re really grateful to think that so many agents have found value in our show. And again, thanks to you guys for telling other realtors about us. We don’t hardly do any marketing. So the only way that people find out is by you know, typically than they find us online. We’ve been blessed to be featured on I think over 30 best real estate podcast lists online. And so people find us that way. So thank you to anyone who ever wrote kind word about us online.

Alright guys, well, you’ve listened to me long enough. I appreciate you guys so much. And when I say guys, of course, I mean, every single person that listens to this show. We are so honored to serve you. And we hope we can continue to serve you well on into the future. So check out Christopher shores, little sparks, which is coming out this week or next, and be on the lookout for these other shows. And again, just Thanks from all of us. This is really fun, and we hope that it’s fun for you as well. All right, we’ll see everybody on the next episode.

More from this show 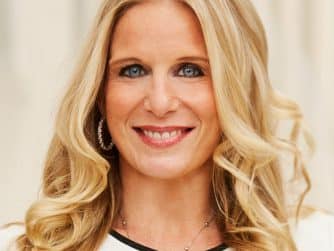 Beth Benalloul with Corcoran in New York describes how she got into real estate a built her career. Beth discusses the changes in the real...

Welcome to our monthly feature, Close-ing Time – in partnership with TheClose.com. Chris Linsell from TheClose.com discusses... 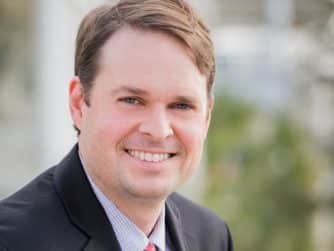 We'll email you each time a new episode goes live.

You have Successfully Subscribed!